Are you familiar with the principle of WAQF?

The “WAQF” or “Habous” has been a pillar of the Islamic economy since the origin of Islam. WAQF is an Arabic term composed of two concepts: “Habous”, which refers to immobilization, the suspension of property rights, and “Tasbil”, which refers to reserving the use and benefits of an immobilized asset for charitable purposes.

The WAQF thus designates the immobilization of an asset for charitable and public purposes, whose economic return must be spread over a long period of time, from year to year. Assets or capital tied up in productive investment mediums generate income to be distributed to the beneficiaries mentioned by the founder, or allocated to development projects, particularly humanitarian or spiritual. Without going into a complex technical detail, we share with you some basic notions to understand the WAQF and by extension, to get to know the QURANFORSOUL foundation better, whose functioning is based on the WAQF principle.

They must be lawful and capable of producing income. They are generally of private origin and are subject to a precise legal framework, agreed in advance and formally drafted.

They are predetermined in a wide range of variants. For example, if the beneficiary is religious, charitable or public, it is a “khayrî foundation”. The WAQF can also be of a private family nature. In this case, it is an “ahlî” or “dhurrî waqf”.

The contract must be immediately operational, cannot be based on an evasive promise and must not include a condition that contradicts the principles of the WAQF.

The administrator of the WAQF

He has no right to the ownership of the fixed asset or its usufruct and cannot sell it as long as it is profitable. If profits decrease to the extent that they no longer meet the needs of the beneficiaries, it may be exchanged for another, more productive asset.

The advantage of the WAQF is its stability and durability, due to its principle of investment and distribution of the product of the return, and not of the capital tied up. The charitable WAQF is a device whose income is earmarked for charities, for the benefit of needy people or for projects of general interest, such as places or equipment for worship and education. The income of the WAQF can be used to fund schools and “Madrasas”. The earliest examples date back to the ninth century when the WAQFS financed the first religious “Madrasah” schools in Nichapur, Iran, and later in most Muslim countries. By making a donation to QURANFORSOUL, you will contribute to the access to Quranic knowledge, and facilitate the duty of Muslims to read and study the divine Word. QURANFORSOUL distributes each year in the world several thousands of Qurans to various Muslim institutions, schools, orphanages, religious establishments, thanks to the profits received from the fund. For all donors, donations invested in strict respect of Islamic finance produce an annual return, in the form of a Quran or part of a Quran. You have understood it; your donation is thus renewed from year to year. MAKE A DONATION, FOR ETERNITY 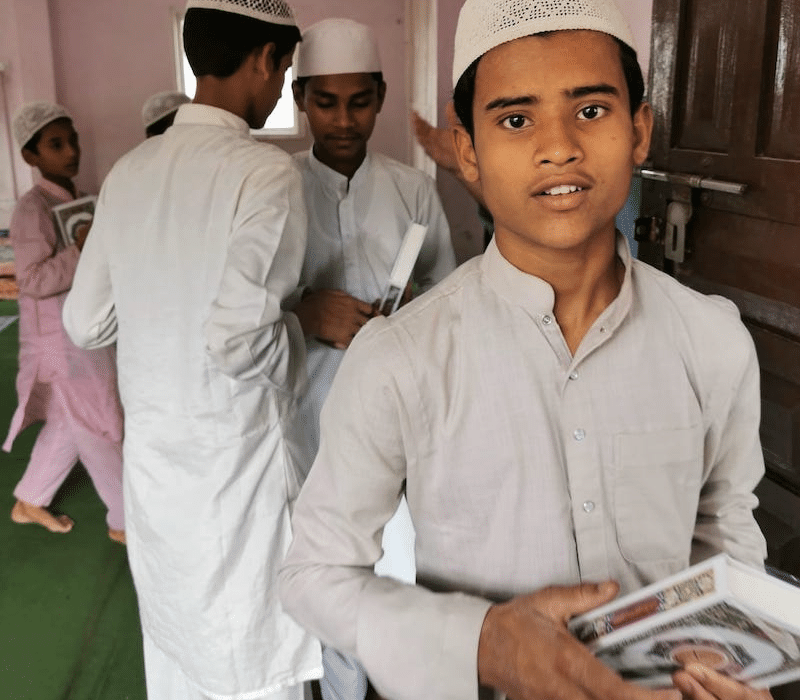 Offer the Holy Qur’an, medicine for the soul

The crisis of COVID-19 came on suddenly, abruptly interrupting human activity and threatening the health of millions of us. This ordeal reminds us of our vulnerability and the fragility of our existence, in the face of phenomena that are beyond our scope and know no boundaries.